Race Discrimination in the Workplace: What You Need to Know as a California Employee 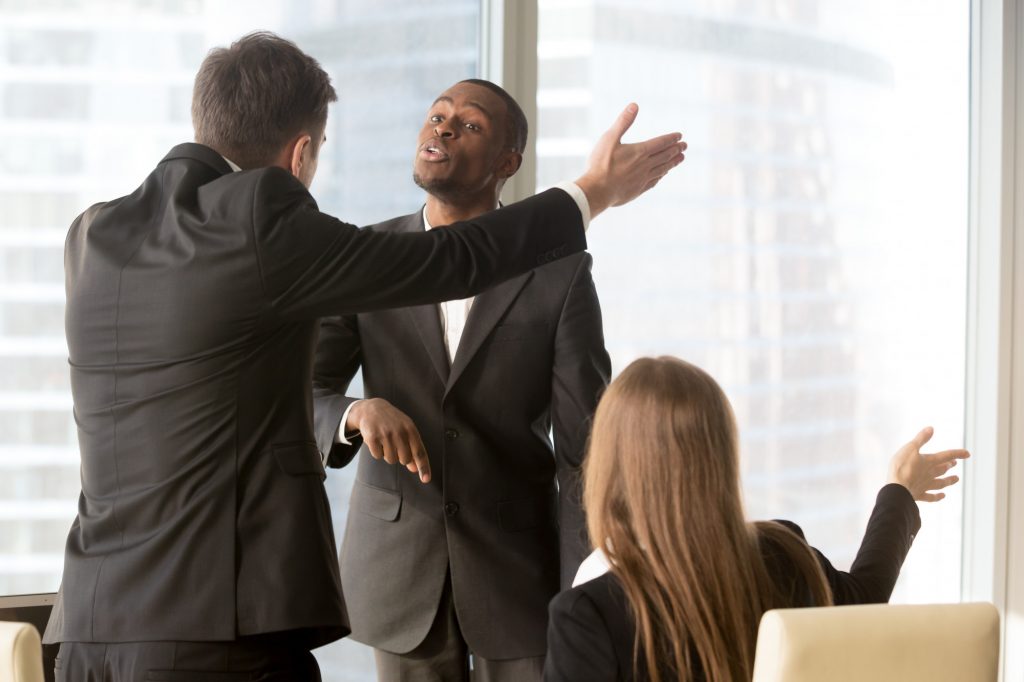 Have you been discriminated against at work? Tips from our California Employment attorneys

Most people know that race discrimination in the workplace is illegal. Unfortunately, that doesn’t stop it from happening.

Even in California, which has some of the most extensive anti-discrimination laws in the country, thousands of race discrimination complaints are filed each year.

Race discrimination can take many forms, many of which may not be obvious. And it doesn’t have to be intentional to be illegal, either.

If you think you’ve experienced race discrimination in the workplace, here’s what you need to know about your rights.

What laws protect against race discrimination in California?

Under the FEHA, it’s illegal for employers to harass or discriminate against you on the basis of your race, ethnicity, skin color, birthplace, heritage, or other traits historically associated with race, such as hair texture and protective hairstyles. These are all “protected characteristics” under the law.

This harassment or discrimination is illegal whether it’s based on:

It’s also illegal for your employer to retaliate against you for complaining about harassment or discrimination.

Which employers are covered by California’s race discrimination laws?

“Employers” subject to the FEHA’s discrimination and retaliation provisions include:

The FEHA’s harassment provisions apply to all employers — even those with fewer than five employees.

Certain religious non-profit associations and corporations are completely exempt from the FEHA.

Which workers are protected against race discrimination in California?

FEHA generally protects the following individuals against discrimination and harassment:

Independent contractors and volunteers are generally not covered by the FEHA’s anti-discrimination provisions. But they are protected against harassment.

Keep in mind, however, that sometimes employers mislabel employees as “independent contractors” or unpaid interns as “volunteers.” If this happens to you, you would be protected against both discrimination and harassment under the FEHA.

The FEHA’s discrimination provisions apply to all aspects of employment and hiring. That means unlawful race discrimination can come in many forms. Examples may include the following actions if taken on the basis of your race or other protected characteristic:

It isn’t always obvious when an action is based on race or another protected characteristic. But generally you’ll have to show either:

You may also have a claim under the FEHA if you’ve experienced harassment on the basis of your race or other protected characteristic. Generally, such harassment has to constitute a “hostile work environment” to be unlawful.

A racially hostile work environment is created when:

A single joke or insensitive comment by a co-worker usually isn’t enough to create a “hostile work environment.” But frequent racists jokes or comments likely would be. A single comment by a supervisor could also be enough, given their position of authority.

Who can be held responsible in a race discrimination case?

In a discrimination or retaliation case, you can only pursue a claim against your employer. Supervisors and coworkers can’t be held personally liable.

In a harassment case, your employer is also:

Your employer is “negligent” if:

Your employer can also be responsible for harassment by a nonemployee (like a client or contractor) if your employer was negligent. But this may depend on the amount of control or legal responsibility your employer has with respect to the nonemployee’s conduct.

In addition, while a supervisor or a coworker can’t be sued directly for discrimination or retaliation, they can be personally liable for harassment.

What should you do if you experience race discrimination in the workplace?

If you’ve been the victim of race discrimination, you should document as much as you can. You should also report it to your supervisor or human resources department. Sometimes it’s possible to resolve the matter quickly by communicating with your employer directly.

If you can’t resolve the problem with your employer directly, the next step is to file a complaint with either:

To start an investigation with the DFEH, you have to file an intake form within three years after the last incident of discrimination, harassment, or retaliation. If the DFEH doesn’t resolve the matter, you’ll get a “right to sue” letter that will allow you to file a lawsuit.

If you don’t want to use the DFEH investigation process, you can also request an immediate “right to sue” letter. This will allow you to file a lawsuit right away.

You can learn more about the DFEH complaint process in our free guide to filing a discrimination claim.

What compensation can you recover in a race discrimination lawsuit?

What should you do if your employer retaliates against you for a race discrimination complaint?

It’s unlawful for your employer to retaliate against you for:

If your employer does retaliate against you, you’ll have another claim. For example, if you’re fired for making a race discrimination complaint, you may be able to file a wrongful termination lawsuit.

If you have questions about race discrimination in the workplace, you may want to consult an experienced California employment attorney.

At Whitehead Employment Law, employment law is what we do — it’s what we’re passionate about, and it’s the sole focus of our law practice.

Our firm has won millions of dollars for employees all over California. We only take cases on contingency, which means we don’t get paid unless we win your case. Our fees come out of the court verdict or settlement with the company, so you don’t pay anything out of pocket.