Is Your California Employer Cheating Your Pay By Misclassifying You As An Independent Contractor? 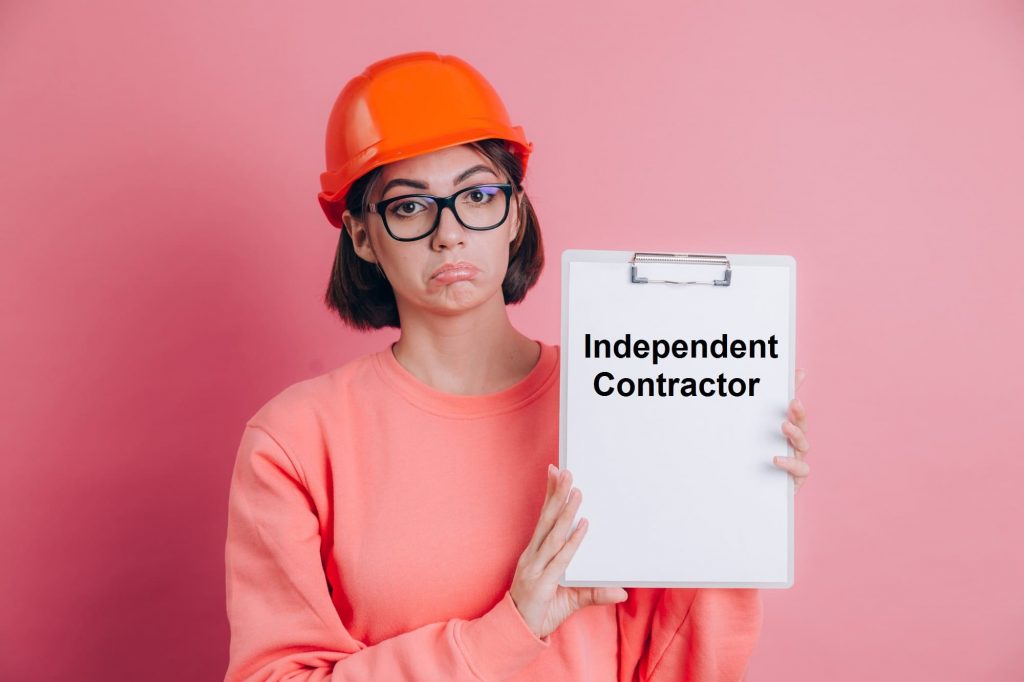 The rise of the gig economy and acceptance of alternative work arrangements means that companies are hiring independent contractors now more than ever. California is no exception. With nearly 125 percent more independent contractors in the workforce, legislators have taken note of how employers used this special designation for unintended purposes.

In this article, we are examining the following issues that matter most to independent contractors who believe their employer is violating employment laws:

Let’s begin by examining why the State of California pays attention to the misclassification of employees.

Misclassifications cause workers to lose benefits afforded by federal and state employment laws, including health insurance, workers’ compensation, and retirement plans. Not only that, but they lose minimum wage and overtime protections that they might otherwise receive under a lawful work arrangement.

The State of California and the IRS also carry special revenue interests for employers to classify independent contractors correctly. Every year, more than 7 billion dollars in tax revenue losses occur.

In short, there are several compelling reasons as to why California and federal departments work toward resolving the employee vs. independent contractor classification problem.

Using the ABC Test to Determine If a Violation Exists

Determining an employee’s classification has been a difficult distinction to make. Until recent changes in law, employers used a simple test in deciding how to classify a worker.

The measurement used looked at how much control a company controlled the method and means by which an employee accomplished their work. A high-level of control meant that the individual was an employee, while autonomy aligns with a contractor role.

A Landmark Court Decision Changed Everything in 2018

In April 2018, the California Supreme Court issued a decision involving a lawsuit of two delivery drivers alleging misclassification of employees on behalf of their employer. Judges presiding over the Dynamex Operations West, Inc. v. Superior Court case sided with the contractors.

While the Dynamex decisions permitted drivers to work as desired, the company did control other aspects of the work agreement. As a result, the court implemented a new three-prong test to help employers better classify employees.

Also known as the ‘ABC test,’ classifying workers as independent contractors must meet the following conditions:

Workers who do not meet all three conditions means that they are employees, not contractors, under the Wage Orders.

Companies Must Pay for Violations Retroactively

Not only must companies realign their operations with the ABC test, but they might have to face new wage and hour violation claims. The Ninth Circuit Court of Appeals decided that compensation for victims of misclassification can apply retroactively.

Employers in California are currently scrambling to correctly classify workers as soon as possible. Current and former workers can file a wage and hour claim in California to recuperate lost wages and benefits.

The passage of new laws switches focus toward the response of California’s gig economy. Companies like Uber, Lyft, and Postmates historically classified employees as independent contractors, but California has recently passed a law which will force companies to classify many gig economy workers as W-2 employees. As employees, gig economy workers will be entitled to enhanced benefits, including minimum wage protections, overtime pay, medical benefits, medical leave, and worker’s compensation. This new legislation affects at least one million workers who were classified as independent contractors by app-based companies. These companies must now hire or realign their business with the new laws.

Aside from having to realign the core functions of their business, they also expose themselves to wage violation claims on behalf of individuals from their past and current labor force.

Do you believe you are the victim of a wage and hour violation claim? Continue to find out what types of financial compensation is available for people like you. You may find speaking with an employment law attorney in California helpful in determining the potential value of your case.

Financial Compensation May Be Available for Valid Claims

Financial compensation for wage and hour violation claims are known as ‘damages.’ The damages available depend upon the type and severity of the violation related to your misclassification.

Misclassified workers may be able to recuperate losses related to:

In addition to contractor restitution, entities may have to pay a civil penalty between $5,000 and $25,000 per convicted violation. You may want to consider filing a wage and hour violation claim if you believe the company for which you work misclassified you as an independent contractor.

How to File a Wage and Hour Claim in California

You have a right to a fair day’s pay and benefits for an honest day’s work. Therefore, a misclassification violation means that you may be eligible to file a claim against the company who hires you.

The first step in filing a wage and hour violation claim in California is to contact an experienced employment law attorney. He or she can review your case to determine the probability of a favorable outcome and review your options with you.

It’s important to have experienced, aggressive representation on your side in the courtroom when facing a company that didn’t see you as part of the team when you were.

Discuss Your Case with an Employment Law Attorney in California

At SW Employment Law, we fight for the rights of California employees and contractors just like you. If you believe you’re a victim of contractor misclassification, you can reach our office by calling (949) 936-4001 or fill out a confidential case evaluation form today.
Your consultation with our employment law attorneys in Irvine, CA are always free.  We serve employees from every county in California.

SWemploymentlaw is a premier firm with a wealth of legal talent dedicated to labor and employment law. We have settled and tried cases winning millions of dollars in awards for clients whose employers have violated California labor laws.

We take our cases on a contingency basis, which means we don’t get paid unless we win the case for you. We also front all the court costs and fees, and get paid our share out of the court verdict or settlement with the employer if we win the case, so you don’t pay anything out of pocket.